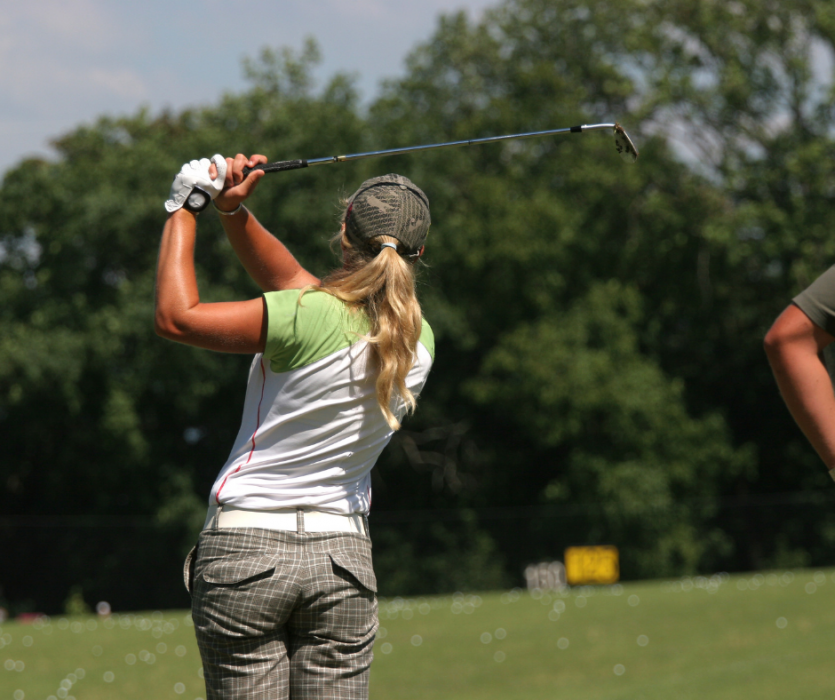 Learn to Swing Like Your Favourite Solheim Cup Star

Europe’s win in the 2021 Solheim Cup was brilliant. Europe’s captain Catriona Matthew steered her team to a superb 15-13 victory in the 17th edition of this prestigious match between Europe and the USA, despite them being the underdogs on American soil.

The USA staged a fightback on the morning of day two with a 3-1 victory in the foursomes, with Maguire claiming her third point in succession on her Solheim Cup debut. Europe then claimed a 2.5 to 1.5 victory in the afternoon fourballs to take a 9-7 lead into the third and final day.

Europe sent out a strong top-order in the singles, and it paid off as they secured five points from the first seven matches to guarantee they at least retained the trophy they claimed with a last gasp putt at Gleneagles in 2019.

The USA then staged a fightback of epic proportions by winning games eight to eleven to leave the match hanging in the balance before Emily Kristine Pederson stepped up to secure a victory for Europe with a 1up victory of Danielle Kang.

The 2021 Solheim Cup was a great advertisement for professional lady’s golf. The event was watched on course by over 130,000 fans, with millions more enjoying the event live on Sky Sports.

Lady’s golf is booming, and there’s never been a better time for women and girls to start playing the sport. Whether you’ve got a daughter who wants to be a future Solheim Cup star, or you want to take up golf yourself, the North London Golf Academy has everything you’ll need to get started.

Giulio has been helping golfers of various standards achieve their potential for over 20 years. As well as offering his expertise and experience during lessons, he also uses Trackman 4, the best golf technology money can buy. Trackman provides statistics and analysis for many aspects of the golf swing, allowing him to pinpoint your faults and work out the best way to correct them.

He can’t promise he’ll make you as good as Leona Maguire, Matilda Castren, or Charley Hull, but he will make every effort to build you a golf swing that will help you enjoy this great game. You can also practice what you learn on our state-of-the-art golf simulators before taking your skills out onto the golf course.